FIFA 23: Path to Glory starts tomorrow – All information about the event and the upgrades 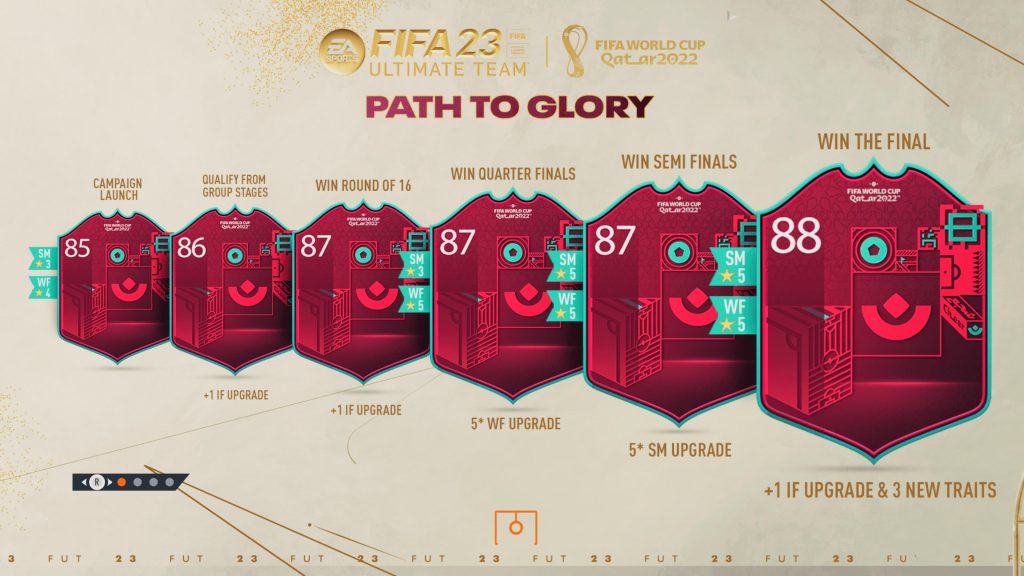 In FIFA 23, the Path to Glory event has been announced for Ultimate Team. We’ll show you what to expect at the event.

What is Path to Glory in FIFA 23? The Path to Glory event has existed before in FIFA, for example in FIFA 18. It revolves around the players who will take part in the FIFA World Cup this year.

This year there is also World Cup content in FIFA 23 and the tournament will also make itself felt in Ultimate Team – for example through the new PTG event.

When does Path to Glory start? The event is expected to start on Friday, November 11, 2022 at 7:00 p.m. From then on, new special cards should end up in the FIFA 23 packs. However, it should be noted that the chance of getting special cards from packs in FIFA 23 is low.

What does Path to Glory bring? The event will feature various player cards related to the World Cup. They will get unusual upgrades depending on how their national team performs in the tournament. This was shown by a new loading screen in FIFA 23.

What upgrades does Path to Glory bring to FIFA 23?

This is how the event works: As usual, the special cards get a stat upgrade in FIFA 23 when they come in the packs. But it doesn’t stop there: These are dynamic cards that can get better values ​​depending on how they perform.

However, this is not limited to the typical stats on the map, as with other events, but also affects other player properties.

See also  Zelda Ocarina of Time: This fan remake looks amazing and you can play it

This means that the cards come with rather unusual upgrades compared to other events. Accordingly, they should also be expensive on the transfer market.

It is not yet officially known which cards will ultimately end up in the event. As soon as there is more information here, we will keep you up to date.