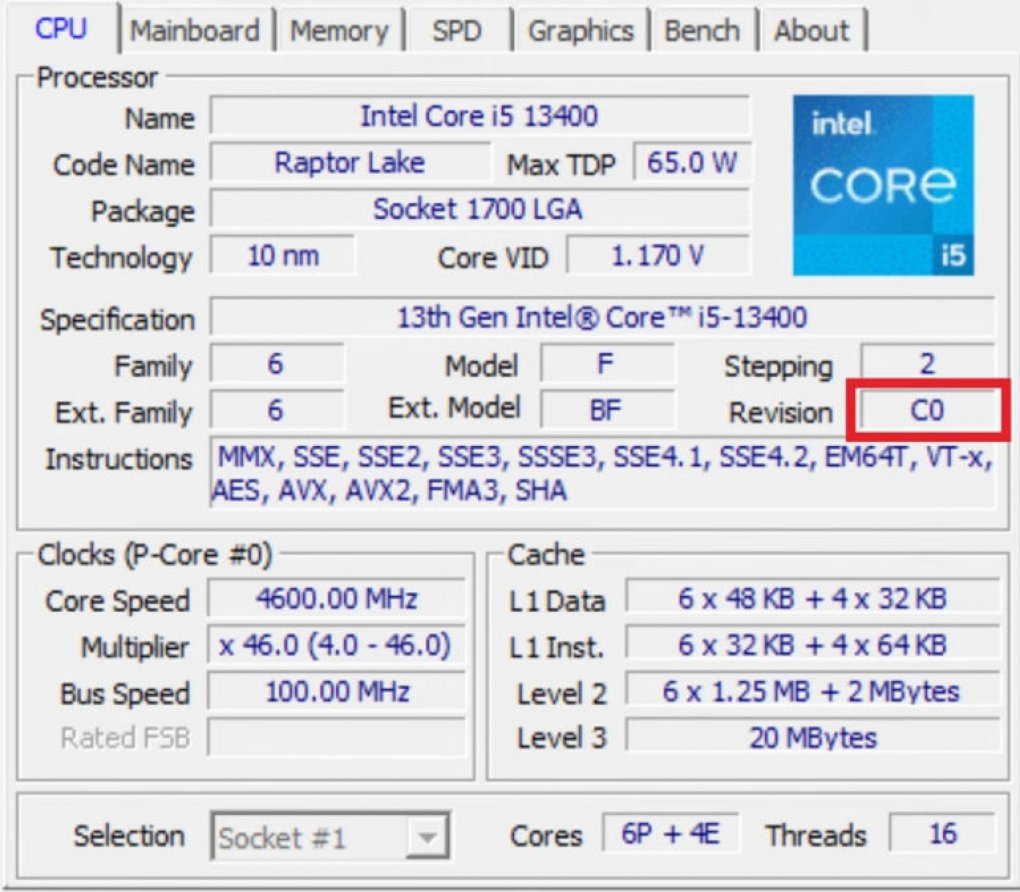 The Core i5-13400 is considered the bread and butter model by Intel: decent gaming performance for little money. But while you probably have to wait until the CES in Las Vegas in early January 2023 until the presentation of the remaining Raptor Lake CPUs, a website is already providing the first measured values. According to the CPU-Z screenshot, the CPU does not appear to be an engineering sample and is said to be (synthetically) 29 percent ahead of its direct predecessor – the Core i5-12400.

It was tested on an Asrock B660M PG Riptide, since B670 mainboards are not yet available. To what extent this and the beta BIOS affect performance is unclear. Ultimately, however, it can only be more distance, since both models were tested with DDR4-3600. So the Core i5-13400 cannot use the DDR5 bonus at all; for this one has a memory-adjusted comparison.

The biggest chunk of extra performance is likely to come from the e-cores anyway, of which four more are now installed – of course nothing is official yet. In addition, there is 200 MHz more turbo clock on the P-cores. You can see that in Cinebench: on one core it only goes up 5 percent; on all cores, however, there are 29 percent more points in the result. In the measurements, the Core i5-13400 smokes 20 watts more power than its predecessor, but is only 1 degree Celsius warmer than the Core i5-12400. Both have a TDP of 65 watts and a boost window of 117 watts.

In India, the Core i5-13400 is already being offered for sale at dealers and there, the equivalent of just under 250 euros, including 15 percent sales tax. In Germany, the predecessor with a graphics unit is currently sold from around 200 euros. According to the screenshot, the Core i5-13400 has 6 P cores and 4 E cores and thus has 16 threads. Like the other Raptor Lake, it will support DDR4-3200 and DDR5-5600.