GTA Online: All the unreleased cars from the winter update and the huge garage 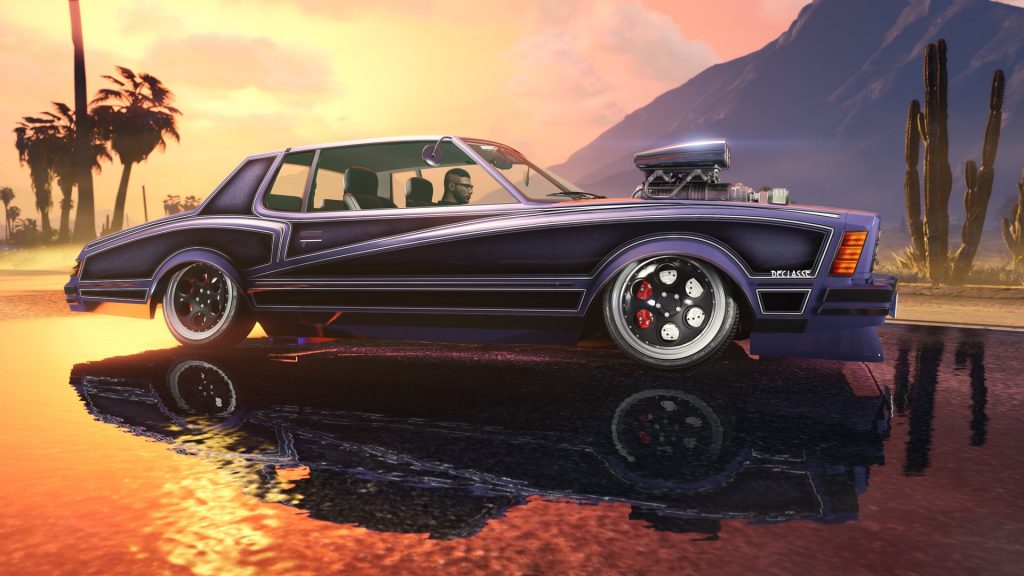 The new update “Los Santos Drug Wars” has been released for GTA Online. But not all cars are directly in the game. We show you the unreleased cars of the update and a big garage that is yet to come.

What are these cars? Right after the release of Los Santos Drug Wars on December 13th, Rockstar Games released 5 new cars. Including a mobile home that is reminiscent of Breaking Bad.

But as you already know from previous updates of the game, more cars will be added to the “Drip Feed” over the next few weeks.

Dataminers were able to find the unreleased cars already in the code. We show you the overview of the vehicles that will soon be active in GTA Online.

What are these cars? The selection ranges from super sports cars with electric motors to light sports cars and classics. But a taxi will also be published in the next few weeks. Just like a new motorcycle.

In the following tweet from TezFunz2 you can see the pictures from the dealer offers of the new cars. So you get an impression of the look of the new car.

In the following, we briefly go into all the individual wagons with prices and special features.

What car is that? The car is a fully electric hypercar. According to datamining, you have to complete the “Last Dose – BDKD” in order to be able to buy the car at the cheaper price.

What car is that? The car is said to be a particularly light vehicle. Due to the weight saving, the acceleration should be really strong.

What car is that? This is a classic that impresses above all with its curves instead of its cornering. There is also a Taxi livery for the car.

What kind of motorcycle is that? This bike is an electric motorcycle. So expect blatant acceleration and a loss of top speed.

What car is that? The mixture between coupe and truck is striking and will probably attract a lot of attention. Aside from the looks, the Boor is probably more of a standard car.

A look at the trailer of the new update with its contents can be found here:

See also  Rescue your love in a cozy and queer platformer: The Gardener and the Wild Vines

What car is that? Another car to add to your collection of classics in your garages.

What car is that? It’s a souped-up sports car made for Hotrings. Equipped with a roll cage, the goal is obviously the race track. According to data mining, the cheaper prize is when you finish in the top 3 in 20 races of the San Andreas Super Sport Series.

What car is that? This is a sports version of the modern Mini Cooper.

What car is that? Do business in style on the streets of Los Santos with the Retro Mafia Car.

What car is that? After purchasing this car, you can start your job as a cab driver at Downtown Cab Co. This is some of the upcoming content from the Drug Wars update.

What is that? In the announcement of the update, Rockstar Games said that a new garage will appear, which will offer the most space for vehicles so far.

The details of the garage are available from the dataminers. TezFunz2 shows on Twitter that the building can be found on Eclipse Blvd and has space for a total of 50 vehicles on 5 levels.

So much space for vehicles comes at a price. You have to put 2,740,000 GTA dollars on the table so that the keys to the booth are handed over to you.

Do you have a favorite among the new cars coming in the Drug Wars update?